VEGETARIANS WILL BE DEFICIENT IN PROTEIN, BECAUSE PLANT-PROTEIN IS NOT AS EASILY DIGESTIBLE

“Vegetarians will be deficient in protein, because plant-protein is not as easily digestible.”

“The quality of plant protein is lower than animal protein.”

“I know people who went vegetarian and they got sick.”

These and others are common arguments raised by critics of vegetarian and vegan diets to imply that one will become protein-deficient if they switch to a vegetarian. Protein is the one nutrient that people tend to really focus on when it comes to conversations about going more plant-based. This article will seek to try to answer some of these common concerns.

It is the opinion of the author that vegetarians are not doomed to become protein-deficient just because they have made the switch from an omnivorous diet to a fully plant-based one. Contrary to popular belief, flesh foods are not a necessary source of protein. This is traditionally held belief, and as is the case with many such beliefs, it falls in the realm of myth, not facts.

Protein Intakes of Vegetarians Can Be Similar to That of Nonvegetarians

There is evidence to suggest that vegetarians and nonvegetarians do not vastly differ in the protein content of their diets. For example, a very large study involving 71,751 subjects was undertaken as part of the Adventist Health study 2 project. Researchers used that data set to compare the nutrient intakes of different dietary patterns, including various types of vegetarians. What they found was that semivegetarians, pescovegetarians, lactoovovegetarians, and even strict vegetarians all had nonsignificantly different intakes of total protein in the diet compared to nonvegetarians.[1] What this very large data shows is that one’s protein intake does not necessarily decrease after switching to a vegetarian diet. 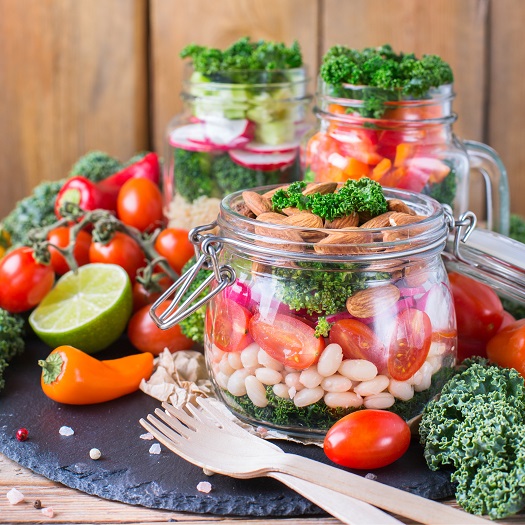 After reading this, however, people may be quick to point out that the above information does not amount to much. Skeptics will be quick to respond: “Plant-proteins are missing essential amino acids” or “They are not as digestible compared to animal proteins.” These are points that will be addressed below. However, the point of this particular bit of science is to counter those who raise questions like: “Where do you get your protein?” The assumption in a question like this is that somehow, because one is no longer eating animal flesh, there is nowhere else to obtain protein. This is clearly false, as the study results demonstrate. Even vegans had dietary patterns that contained similar amounts of protein to that of the nonvegetarians. Remember: Vegans do even consume any dairy or eggs. However, the beans, vegetables, fruit, and grains that they are consuming are providing the protein that the body needs. 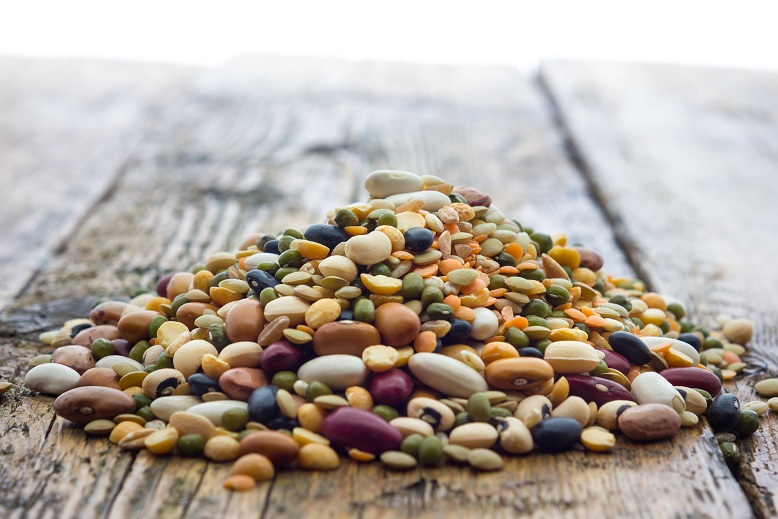 Another argument people raise is about the lower digestibility of plant-based proteins. There is a score called the Protein Digestibility-Corrected Amino Acid Score (PDCAAS). This evaluates food on not just the amount of amino acids, but also the ability for humans to digest the protein from the food. So, simply put, even if a food has loads of protein, if the protein from that food source is not easily digestible, then it would ultimately be of little value to contain a lot of protein if the amino acids are difficult to extract. To illustrate: A counter-full of candy is of little value to a child who has difficulty reaching the counter to get the candy. Quantity is of little value if that quantity is difficult to obtain. This illustrates why the PDCAAS is worth considering, and why critics bring it up.

So, does protein from plant-sources have lower digestibility than animal proteins? The answer is absolutely “Yes.” When one considers the PDCAAS of meat/animal proteins, the PDCAAS is near or equal to 1.0 (the highest score). This means animal-sourced proteins are very easily digestible. Plant-based proteins, on the other hand, are generally lower in the PDCAAS; it is easier to extract the amino acids from your chicken wings than from your salad. The exception may be soy protein, which has a PDCAAS near 1.0.

However, the error that some make is to assume that the lower PDCAAS automatically equates to “protein-deficient.” They jump to the conclusion that because the PDCAAS of plant-based protein sources are lower than meat sources, this means that a vegetarian/vegan diet will mean a deficiency in protein. This is a leap in logic, an erroneous and nonsensical assumption. Just because the PDCAAS is lower does not mean that the whole diet will be deficient. It just means that the PDCAAS of plant protein sources are lower. The PDCAAS does not take into consideration the total context of a person’s day-to-day diet; it just evaluates the individual sources. Vegetarians and vegans can meet their protein needs if they consume a varied diet including a variety of protein sources, and if their caloric intake is adequate.[4]

The most recent position paper of the Academy of Nutrition and Dietetics, published in 2016, states unequivocally that a well-balanced vegetarian or vegan diet can meet protein needs. The authors of that position paper state the following:

“Vegetarian, including vegan, diets typically meet or exceed recommended protein intakes, when caloric intakes are adequate. The terms complete and incomplete are misleading in relation to plant protein. Protein from a variety of plant foods, eaten during the course of a day, supplies enough of all indispensable (essential) amino acids when caloric requirements are met. The regular use of legumes and soy products will ensure an adequate protein intake for the vegetarian, as well as providing other essential nutrients.[4; italics in original]“

If people want to argue that animal proteins are more “complete” and more digestible, that is fine. If folks want to say that we can get more protein from animals, they may have a point. If they conclude that animals are an easier way to get protein, they could be right. However, let us not go around giving off the impression that vegetarians and vegans will be protein-deficient; this would be false.

Is the Diet at Fault or the Implementation?

Even after one shows that a vegetarian can still meet their protein requirements, critics will inevitably pull out the argument of example. It is common for critics to point out individuals they know who have gone on a vegetarian diet and have not found that it works for them. The implication, whether stated verbally or obviously implied, is that the non–success stories are a kind of “proof” that the approach does not work. The impression that is given off is: “I get what you’re saying about vegetarians getting enough protein, but my examples seem to trump your evidence.” Thus, from the example, a general conclusion is drawn, as if to say: “This is why you shouldn’t become vegetarian.”

However, there are several errors to this line of reasoning:

Individual Exceptions Do Not Negate the General Science: Though we can appreciate the very real challenges some may face with implementing a shift in dietary patterns, exceptions still do not trump what the science suggests in general. That is: A vegetarian can obtain enough protein, and a vegetarian can still live a healthy and vibrant life.
It Automatically Blames the Diet, Not the Individual: Though we do not want to be insensitive, it must still be pointed out that the success of any lifestyle pattern is generally dependent on an interplay between the individual and the lifestyle pattern itself. In some cases, the lifestyle pattern is so extreme that no amount of human striving and perseverance can reasonably be expected to achieve that lifestyle. A case in point may be fruit diets or juice diets. However, sometimes, the lifestyle is reasonable and fully within the bounds of possibility, but the individual and other variables may be the determining factor that leads to failure. Thus, while there are examples of people who have not found the vegetarian diet to be helpful or have experienced challenges, it should not automatically be concluded that the fault lies with the vegetarian diet; many different variables can be at play. Polish researchers suggest something along the same lines in their review of vegetarian diets when they say: 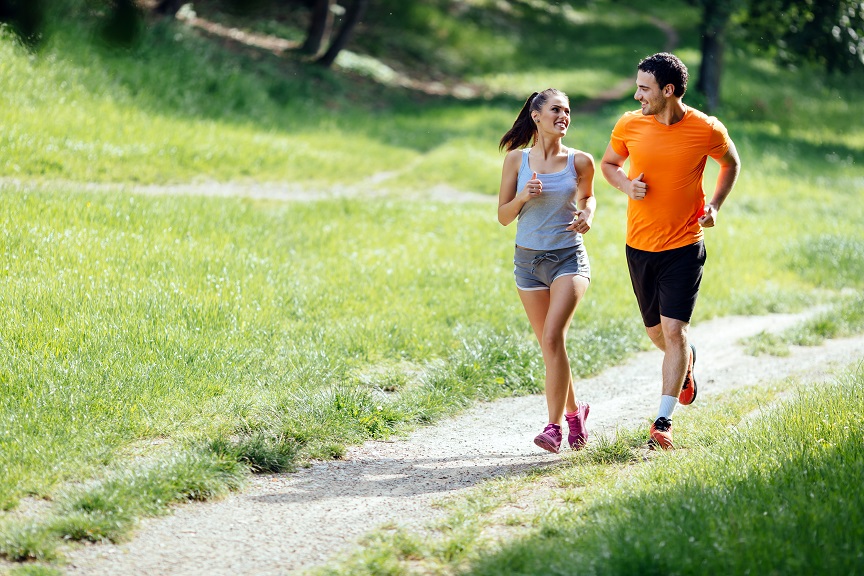 Many vegetarians do live vibrant lives. Studies on vegetarians are showing that they are setting themselves up to increase the chances of living healthier lives. Large population studies show that vegetarians have significantly lower risks of getting and dying from many of the leading chronic diseases of today including type 2 diabetes, heart disease, hypertension, and even some cancers.[6] If one looks at the geographical areas known as the “Blue Zones” (areas with the largest proportion of centenarians), the Loma Linda, California Blue Zone has a large proportion of vegetarians and vegans.[7]Also, even within this Blue Zone, the vegetarians are outliving their nonvegetarian counterparts.[8]

View all posts by admin →